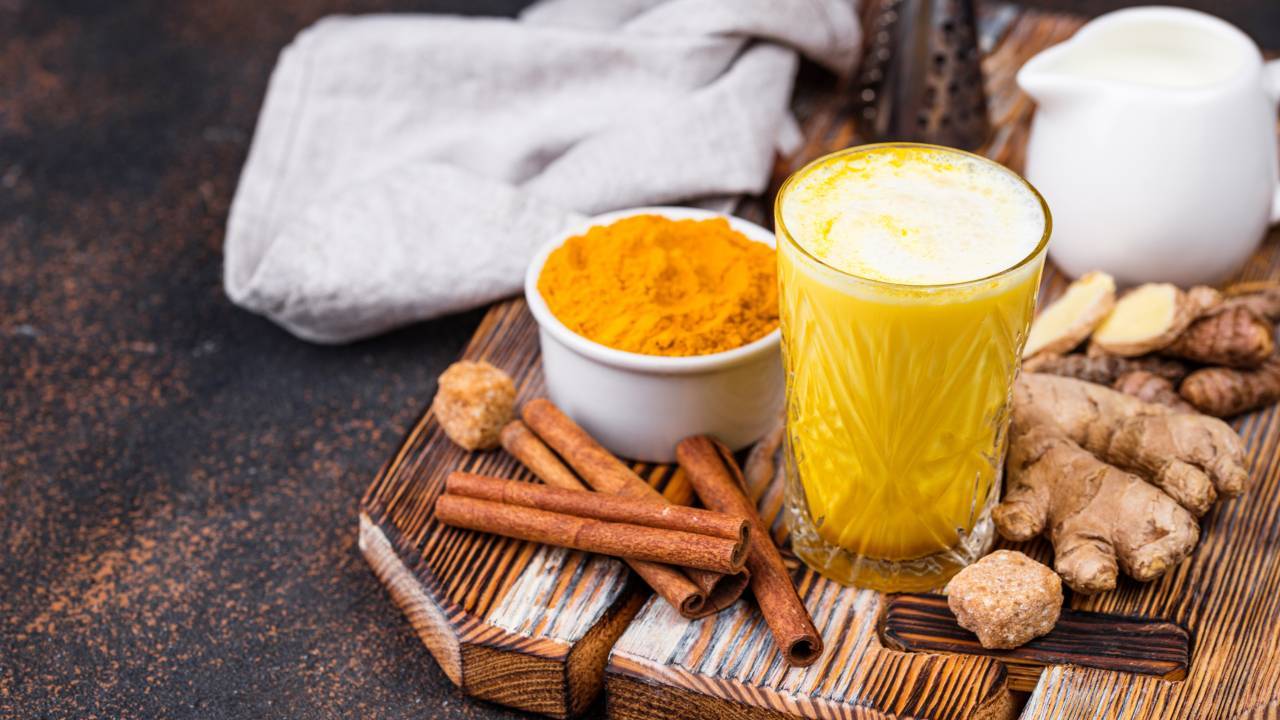 Turmeric has been used for centuries throughout India and Southeast Asia to enhance the flavors of food. It was also traditionally used for medicinal purposes.

In recent years, research has been revealing potential health benefits associated with turmeric that go beyond flavoring and include possible benefits for reducing pain.

A recent study has found that turmeric, the popular Indian spice, can help with the body’s natural inflammatory response.

Inflammation is your body’s response to stress, including physical stress like strains or over-worked muscles. Food allergies, pollutants, and emotional stress can also lead to inflammation.

The body’s natural tendency is to heal.

Whenever you do an intense workout, inflammation responds by healing the “damage” to the tissues that you just worked. This is a good thing because working out causes micro-tears in your muscles, and the healing process repairs those tears.

Training can be demanding and repetitive leading to repetitive trauma, inflammation, and pain.

Curcumin is the active compound found in turmeric and was shown to have anti-inflammatory properties. Clinical trials have found that curcumin supplements may help reduce pain associated with training.

There’s a good deal of evidence that indicates turmeric may be able to relieve arthritis pain as much as ibuprofen.

According to some studies, even 180 mg a day of turmeric might reduce pain in people with knee arthritis in less than 8 weeks.

However, it is important to know, that the majority of studies done on curcumin have focused effects of supplemental curcumin that has been extracted from turmeric rather than taking it with other foods to increase its bioavailability.

While turmeric is often used to make curries, it’s important to know that the benefits of turmeric are not limited to just this food. In fact, you can get the same benefits of turmeric when including it in other foods and drinks. However, if you’re looking for long-term anti-inflammation, taking a supplement maybe your best option.

Another key point to note is that turmeric isn’t easily absorbed by the body, which is why combining it with a helper like black pepper or fatty food such as butter or coconut oil can help increase its absorption.

So, what is the basic turmeric drink for recovery? It is a traditional Indian drink called golden milk.

If you want to make golden milk at home, just follow a template like 1 cup of hot milk or non-dairy alternative, one teaspoon of turmeric, a pinch of spices like cinnamon or nutmeg and you can also add one tablespoon of honey or coconut oil.

By adding turmeric to your diet today you can get the benefits it provides during all stages of your exercise routine, from prevention to pain relief. In addition, this miraculous ingredient has innumerable health and wellbeing benefits for you.

SO, start incorporating turmeric into your diet today.

Golden milk is a combination of turmeric, milk, and cinnamon. It has many benefits such as improving digestion, relieving pain and inflammation, mental clarity, and more. It has been used for centuries in Ayurvedic medicine for its powerful healing properties.

Here are a few frequently asked questions about Golden milk.

Is it OK to drink golden milk everyday?

Golden milk is an ancient Ayurvedic recipe that has been shown to be beneficial for health and wellbeing. The main ingredient in the drink is curcumin which has been linked to a variety of health benefits. However, drinking too much golden milk may lead to unpleasant side effects such as intestinal discomfort, nausea, or diarrhea.

Luckily, one serving of golden milk per day should be enough to give your body the antioxidant boost it needs, but if you drink more than that you may experience unpleasant side effects of curcumin.

Who should not drink turmeric milk?

Pregnant women and those who are going to undergo surgery should not use turmeric.