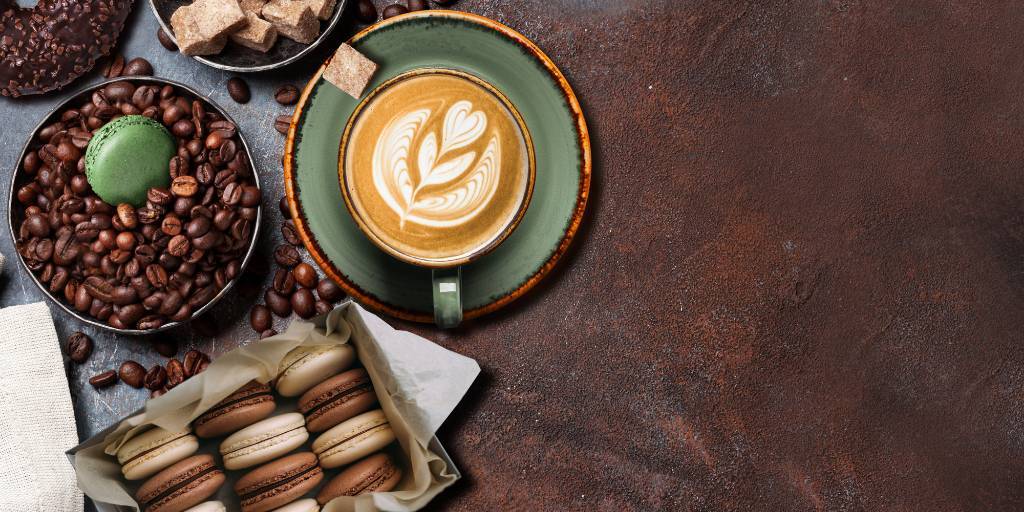 Coffee is a beverage that has been enjoyed for thousands of years. It is such a popular drink that it is consumed in nearly every country in the world.

Coffee drinkers are more likely to be more productive individuals and have better cognitive function. They are also less likely to suffer from heart disease, diabetes, and depression than people who don’t drink coffee.

The benefits of coffee go beyond just the physical health benefits, though. Coffee drinkers are also more likely to have an improved mood and greater focus on their work.

Coffee may be a healthy part of your diet, but many people aren’t aware of all the health benefits it can offer. In this article, we want to go over 5 main reasons why you should start drinking coffee every day and see for yourself how much better you feel after just a few days.

Coffee is a popular drink that is consumed by people of all age groups. It can be used as a morning pick-me-up or an afternoon energy booster.

It is a stimulant that can help you feel more alert and awake.

Coffee boosts energy levels by releasing dopamine and adrenaline into the body’s system which creates a sense of alertness and well-being.

Coffee is an excellent way to improve your energy levels, but it also has some drawbacks. For example, coffee can cause dehydration, stomach problems, and jitters.

Coffee has long been known to have multiple health benefits, but according to some research, coffee could also improve weight management. Coffee may alter fat storage and support gut health, both of which may play a role in losing weight.

This incredible drink contains the stimulant caffeine, which helps the body burn fat. It also has antioxidants that protect the body from free radicals that can damage cells and lead to diseases such as cancer. Coffee is also a diuretic, which helps keep your digestion running smoothly and reduces bloating.

While coffee can be a great way to lose weight, it can also have some negative effects. Caffeine affects the body by causing dehydration, which may lead to headaches and stomachaches.

It May Lower the Risk of Type 2 Diabetes

Coffee has been in the spotlight recently with some research suggesting that it could help lower the risk of developing type 2 diabetes.

It’s thought to be due to coffee’s ability to preserve the function of the beta cells in your pancreas, which are responsible for producing insulin to regulate blood sugar levels. So, according to a few studies, it makes sense that consuming this drink on a regular basis would help to prevent diabetes.

It May Increase Brain Health

Coffee is a natural stimulant that activates our central nervous system, making us feel less tired, while at the same time improving our ability to concentrate, focus, and quickly react. It is also a rich source of antioxidants which help to protect your body from the damaging effects of free radicals.

While the research is mixed it suggests coffee could help protect against Alzheimer’s disease, Parkinson’s disease, and cognitive decline.

Caffeine could help by improving blood flow to the brain and stimulating the release of a chemical called adenosine that makes memory easier to access.

Some studies even show that drinking coffee could be especially beneficial for older adults with mild cognitive impairment.

For many people, caffeine is a miracle supplement – it has been shown to improve memory and performance, reduce muscle pain and fatigue, and improve mood. But these benefits don’t come without a cost: caffeine can also cause an unhealthy spike in blood pressure for people with unmanaged hypertension.

Coffee is a staple in many homes, and it’s an essential part of many people’s daily routines. There are plenty of benefits to drinking coffee every day, including these we’ve explained in this article.

This content including advice provides generic information only. It is in no way a substitute for a qualified medical opinion. Always consult a specialist or your own doctor for more information. NechGear does not claim responsibility for this information.